Almost one in five tweets sent in the UK mentions a brand name, according to a new survey – revealing just how important the social platform is for marketers and modern business.

That’s around 12,500 tweets per minute that mention a brand.

According to research from Brandwatch, Twitter has become so engrained within British consciousness that people are tweeting from a variety of places, including whilst watching TV, on their commute, whilst out shopping and even in bed.

And around two thirds (62%) of tweets sent are social engagement (replies and retweets), with the remaining 38% being open messages. 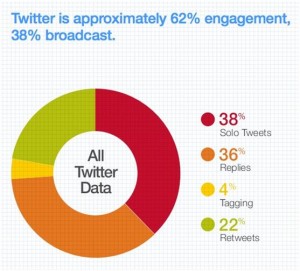 Unsurprisingly, the main topics of conversations on Twitter in the UK were about sport, music, and TV or film. Something that may raise a few eyebrows though is that male users on the social platform were found to complain more, while female users were more likely to tweet about personal matters and share their experiences – from purchasing to entering competitions. 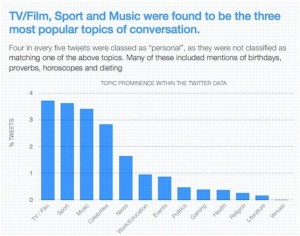 Looking at the brand mentions on Twitter, by far and away the biggest area was food and drink, with companies in this sector taking a 32% share.

Almost one in five (17%) of mentions were about clothing an accessory companies, with just over one in ten (11%) being about companies in the technology, retail and entertainment industries. 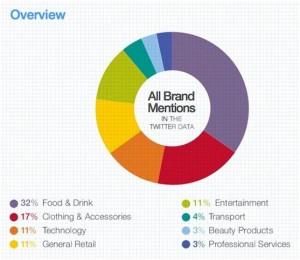 You can check out the full report by Brandwatch here: www.brandwatch.com/twitter-landscape