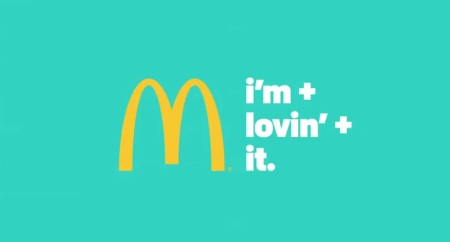 What is the secret recipe for a blockbuster? For their 87th Academy Awards commercial, McDonald’s rolled out the red carpet and put all movie buffs to the test with a playful yet modest video. Using a very simple montage with plain backgrounds and bold writing, McDonald’s discloses the most iconic “ingredients” of a number of movie classics. With Clair de Lune setting the tone and appealing to a nostalgic era of Hollywood (a key ingredient in all Oscar ceremonies), each element was revealed piece by piece as an equation inviting viewers to work out the problem.  The video ends with the McDonald’s classic, the Big Mac, putting it in the league of Rocky, The Silence of the Lambs, When Harry Met Sally and Psycho; all to reaffirm the McDonald’s motto, “Lovin’ takes the right ingredients”.

Although simple, this video uses the world’s love affair with movies to play with a number of emotions, most obviously a sentimentality for the those classic cinematic moments. Most importantly it involves the viewer and is delivered in a way that even those who have not seen all the films can catch on.

Here’s the video for those ready to give the guessing game a go: